Amy Adams, Patrick Demsey, Idina Menzel and James Marsden reprise their roles in Disney's DISENCHANTED and the live action comedy sequel has begun production in Ireland for a 2022 premiere on Disney+.

AMC partnered with Spanish production company Movistar+ for a new series, La Fortuna, directed by Alejandro Amenábar (THE SEA INSIDE, THE OTHERS) and starring Stanley Tucci, Clarke Peters along with Spanish actors. See the first look images from the new production still shooting in Spain.

If you like getting pummeled by rubber obstacles, the show 'WipeOut' is looking for SoCal contestants for the new season.

The STAR WARS franchise on Disney+ is about to expand so that we may never leave our homes again. Thursday at the The Walt Disney Company’s Investor Day event, Lucasfilm President Kathleen Kennedy announced an exciting array of STAR WARS spin-offs coming to Disney's streaming channel in addition to the Obi-Wan Kenobi and ROGUE ONE spin-off with Diego Luna. Seven new series are in the works for Lando Calrissian, Ahsoka, and lesser known figures. One of the biggest news was the return of Hayden Christensen as Darth Vader. See the full list of upcoming series and synopsis below.

First Look at Henry Cavill in 'The Witcher'

Netflix and Henry Cavill shared the first image of the actor as Geralt of Rivia in Netflix's adaptation of the fantasy series, "The Witcher" by Polish writer Andrzej Sapkowski. In a platinum blond wig, Cavill is looking like Orlando Bloom's Legolas in Peter Jackson's LORD OF THE RINGS and THE HOBBIT. Check it out after the jump.

Jon Favreau's STAR WARS series will be directed by some impressive names including THOR: RAGNAROK'S Taika Waititi, Bryce Dallas Howard, Jessica Jone's Deborah Chow and Dave Filoni directing the first episode. "The Mandalorian" will be a live-streaming series, and StarWars.com has announced production has begun. Read the official announcement about the new Lucasfilm series.

Todd Philips' JOKER origins story has begun production with Joaquin Phoenix as the iconic Batman villain, the Joker. Warner Bros. released a press release with information about the film including a description of the story as a "gritty" exploration of the man behind the makeup, Arthur Fleck. Read the official announcement below.

The next Disney live action film has started production with Niki Caro at the helm, and the first image of Liu Yifei as the Chinese warrior has been released. Disney released the official press announcement for the production which is shooting in New Zealand and China.

'Star Wars' News: Mark Hamill and Carrie Fisher Will Be In Episode IX

It's official! Mark Hamill will return as well as Carrie Fisher in unused footage from THE FORCE AWAKENS. Billy Dee Williams is also confirmed to reprise his role as Lando Calrissian, and Keri Russell will be a new cast member. Read the official announcement that comes right before they start production on August 1.

The killer clown returns to wreck havoc on Derry with the kids now being adults. Jessica Chastain, James McAvoy and Bill Hader are some of the big names joining the horror franchise. Bill Skarsgård is the original cast member returning as Pennywise and Spanish director Andy Muschietti. Read the official press release below which reveals the young kids in the hit movie will be back in the sequel.

Disney has announced production on MALEFICENT II has begun with Angelina Jolie and Ellen Fanning reuniting for the sequel. Elle Fanning posted a funny photo from the set with Jolie photo bombing the moment. Disney also announced the full A-list cast and the plot of the film.

After the success of Eugenio Derbez's reboot of OVERBOARD, the filmmakers behind the comedy are ready to remake French film, THE VALET for Pantelion Films. Pantelion Films announced the news Wednesday. Read more about the new production below.

Marvel Studios released a press release announcing the start of principle photography in Los Angeles, along with tons of new information including the plot regarding the latest Marvel movie featuring the first female supehero in the MCU. Read the official press release below which also announces Lee Pace will reprise his role as Ronan the Accuser, as well as his henchmen Korath the Pursuer played by Djimon Hounsou and Clark Gregg as Agent Coulson.

Zachary Levi suits up as Shazam for DCEU's next adaptation. Warner Bros. and New Line Cinema announced the start of production Monday for SHAZAM!. Dwayne Johnson joins the project as a producer. Read more about the magical super hero's action adventure starting production.

Will Smith Takes Selfie With His Aladdin Costars As Production Begins

Let the magic begin. Disney’s live-action adaptation of ALADDIN is underway with the final cast, and Will Smith shared a group shot of himself with Mena Massoud as Aladdin, Naomi Scott as Jasmine, and Marwan Kenzari as Jafar. Will Smith, of course, is playing the genie. 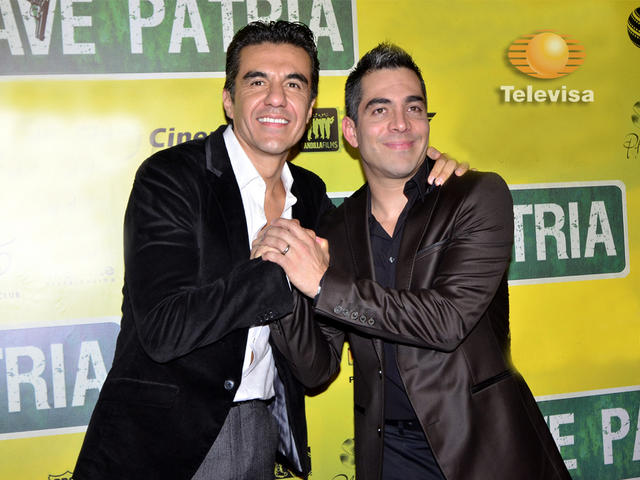 Mexican comedians Omar Chaparro and Adrián Uribe round out the cast of the OVERBOARD remake starring Eugenio Derbez, Anna Faris and Eva Longoria. the Metro-Goldwyn-Mayer Pictures (MGM), Pantelion Films, the joint venture between Lionsgate Production is underway in Vancouver.

James Wan is adding another horror movie to his production slate. The frightening nun in CONJURING 2 is getting an origins story with THE NUN starring Demian Bichir (ALIEN: COVENANT) which Wan will produce through his Atomic Monster production company.

In anticipation for the new release of the JUSTICE LEAGUE trailer Saturday, a new movie poster has arrived courtesy of Zach Synder's Twitter account. A new teaser trailer has also hit the web featuring Jason Momoa's Aquaman. Take a look at both.

Production for the UNTITLED HAN SOLO STAR WARS STORY is underway in London, and I couldn't help but notice in the cast picture released by Lucasfilm and Disney that the actor, Alden Ehrenreich seems to be hair ready to portray the space pirate. While the physical resemblance isn't obvious, Alden captures the mischievous spirit of Han Solo, but more importantly his  coif seems to be on point.  Let's compare the young Han Solo in the first official UNTITLED HAN SOLO STAR WARS STORY cast photo with Harrison Ford's original scoundrel.

Marvel's first look at the production of AVENGERS: INFINITY WAR is geeking us out. The Guardians of the Galaxy will team up with the Avengers to save the world from Thanos.

20th Century Fox has released the first image from ALIEN: COVENANT featuing Ridley Scott on set giving the cast and crew a pep talk with Michael Fassbender in the background sans his platinum locks from PROMETHEUS. Is he playing another android or did he have a miraculous recovery from being decapitated in PROMETHEUS.

Dwayne Johnson and Zac Efron got the jump on Paramount Pictures' official announcement that the BAYWATCH reboot has started principal production Thursday, February 25, when the two stars posted Instagram and Facebook photos from the set Tuesday wearing upgraded life guard outfits. Paramount Pictures released a press announcemtn about the new production which is shooting in Miami and Savannah.

There are only two people who want Jar Jar Binks in the next Star Wars film, and one of this is his papa George Lucas and Jar Jar Binks himself. Well add a third person to that list who went through all the trouble of adding Jar Jar Binks in every frame of the new STAR WARS: THE FORCE AWAKENS. Take a look at the funny trailer.

How's this for freaky? James Wan returns to direct the follow-up to THE CONJURING, and before production commenced, a priest was brought in to bless the Los Angeles set. The director shared the first photo from the set on Facebook.

Three terminators are featured in the new character movie posters for TERMINATOR GENISYS along with their two human targets. Arnold Schwarzenegger, Emilia Clarke, Jai Courtney, Jason Clarke and Byung-hun Lee are each going solo on new one-sheets for the re-imagining of the Terminator franchise.